We Need to Talk About Gluten Sensitivity

Gluten is a family of proteins found in wheat, rye, oats and barley that can cause negative health effects in those who are sensitive. This helpful explainer breaks down everything you need to know about gluten and gluten sensitivity, including its history, biological mechanics, related health disorders and symptoms, and much more.

Even the smallest serving of gluten can lead to devastating bouts of gastrointestinal inflammation in those afflicted with celiac disease (CD). Fortunately, a standard diagnostic process has been in place for identifying CD for more than 30 years. Recently, however, there’s been a significant increase in reported instances of gluten sensitivity presenting in patients who test negative for CD, prompting scientists to more closely study the effects of gluten on the human body.

To date, research results have yielded some eye-opening revelations regarding gluten sensitivity. Yet in true scientific fashion, these also leave us with new gluten mysteries to explore.

Consider this the ultimate guide to understanding gluten and gluten sensitivity.

NAVIGATION – Jump to: What Exactly Is Gluten? Gluten: Then & Now Enemy of the Endocrine Symptoms of Gluten Sensitivity Glutenous Foods Gluten-Free Crash Course Resources & Related Reading Contact Us to Review Your Situation 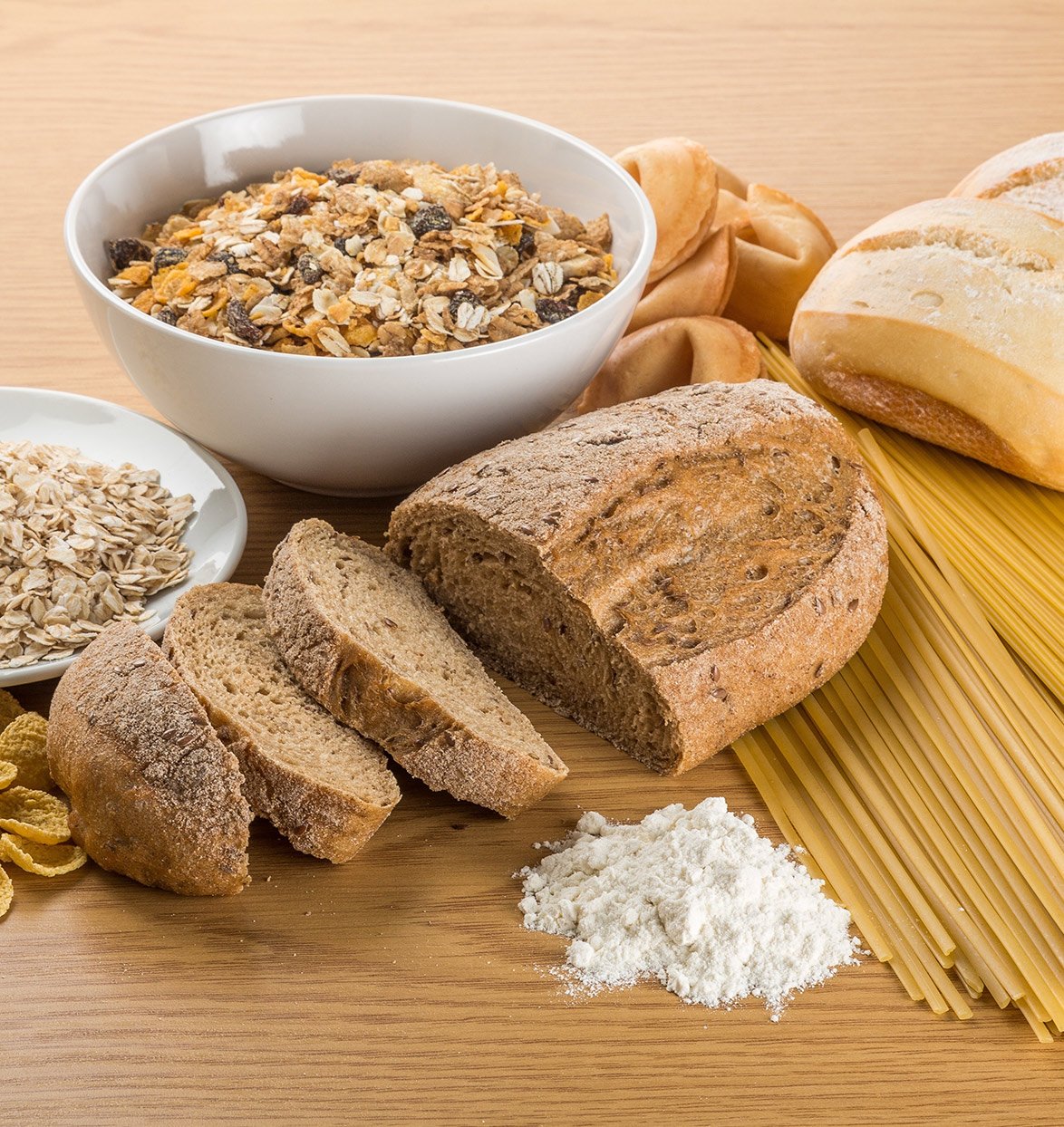 What Exactly Is Gluten?

Wheat, rye, and barley contain water-insoluble proteins that, when hydrated, bind and react to form what we know as gluten. Gluten doesn't exist in nature; it's created when two molecules, glutenin and gliadin, interact to form bonds. Subsequently, those bonds associate with others of their likeness, and a protein network is born.
Oh Gluten, Why Do We Love You So?
If you’ve tried gluten-free alternatives before, you’ve likely noticed that they tend to have a much shorter shelf life than gluten products. Gluten absorbs and retains moisture really well, thus providing a preservative quality — and there’s nothing food distributors love more than a product with long-lasting freshness.
Gluten's Structural Impact
Gluten holds your bread in its shape, acting as a binding agent to maintain its chewiness or elasticity. If you can tell the difference between and New York bagel and a bagel from anywhere else in the world, then you understand the importance of elasticity in a satisfactory breakfast.

Gluten Is Ingrained in Western Culture

Gluten — a catch-all name for the proteins found in wheat, rye, barley and oats — has a strong presence within the most substantial part of the traditional food pyramid (the bottom).

For those who haven’t looked at a food pyramid recently, the broad, bottom-tier of the pyramid is where carbohydrate-rich foods such as bread, cereals, and pasta reside, all of which are dietary staples of Western cultures, and all of which contain gluten. It’s no surprise, then, that gluten is among the most heavily consumed proteins on earth. 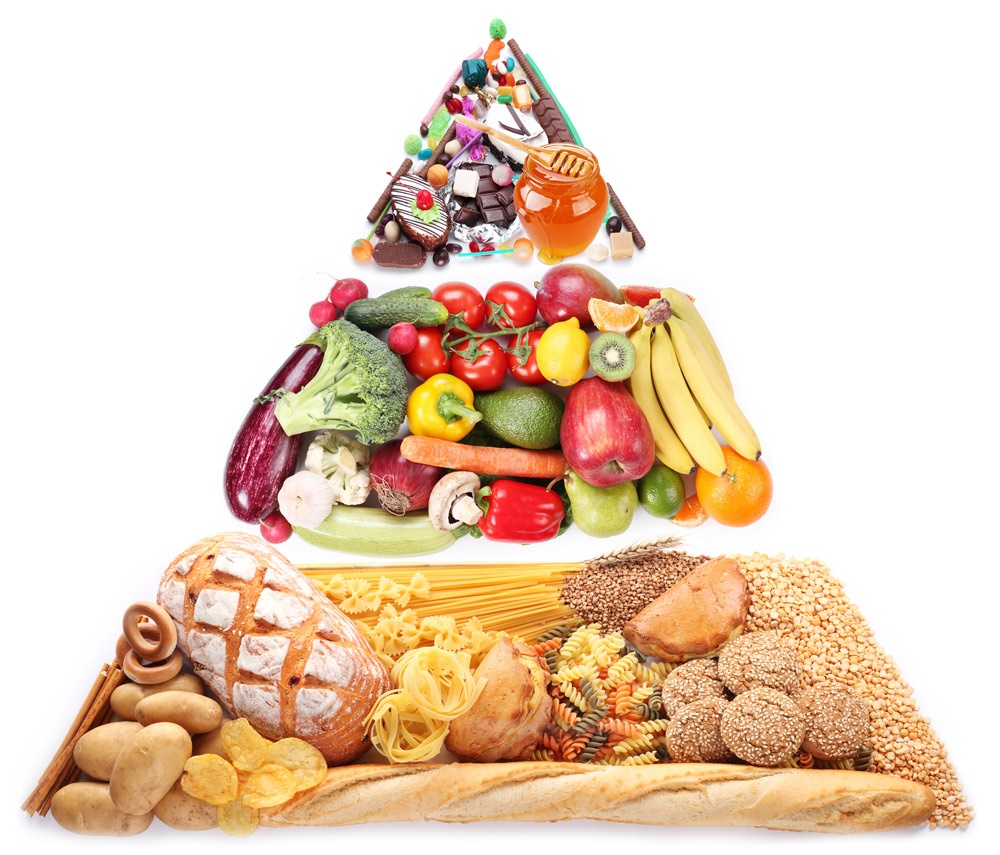 Celiac disease and non-celiac-related gluten sensitivities are on the rise.

According to certified clinical nutritionist (CCN) Tom O’Bryan, author of The Autoimmune Fix: How to Stop the Hidden Autoimmune Damage That Keeps You Sick, Fat, and Tired Before It Turns Into Disease, researchers have discovered that the frequency of confirmed celiac disease has doubled every 15 years.

One plausible explanation acknowledges periodic improvements in screening practices that have lead to more accurate diagnoses, but there’s still much more to unpack here. The remainder lies within the recent onslaught of research surrounding gluten sensitivity unmistakably implicating our beloved wheat products for crimes against immunity.

“But it’s always been this way!” vs. “Our food has been genetically altered!”

“Humans have been eating gluten for at least 10,000 years.” This is the talking point that gluten apologists lean on most often when denouncing the newly heightened perception of gluten sensitivity as an imminent health risk, even to those without confirmed CD.

In their books Wheat Belly and Grain Brain, New York Times best-selling authors William Davis and David Perlmutter, respectively, both point to genetic modification of wheat as the catalyzing event for the transmutation of gluten into the ultimate dietary villain.

Subsequently, both authors also tout a gluten-free diet as a panacea for autoimmunity disorders, cognitive degeneration, digestive discomfort, and more.

“Quality over quantity” vs. “Hurry up and sell”

According to Davis and Perlmutter, not only are the grains themselves less gut-friendly than the grains of the past, but the ways we currently process grains have changed so fundamentally that we cannot rule out the possibility that the newer processes could be contributing to the increasing rates of gluten sensitivity. Today’s bread-making is sped up to keep pace with consumer habits with help from fast-rise yeast, and by forgoing the once-ritual sprouting and fermenting practices, altogether.

Enemy of the Endocrine

The endocrine system is in charge of firing hormones at the right times. Visceral belly fat can act as an endocrine gland, boosting estrogen levels in men and women alike. Endocrinologists and gastroenterologists should both be on the lookout for potential celiac disease cases because celiac often presents silently, or with non-digestive-related symptoms, and occurs at higher rates in patients with insulin-dependent diabetes mellitus or autoimmune thyroid disease.

Celiac disease often accompanies other endocrine disorders, such as adrenal gland disease, hair loss, and hypophysitis (which is a pituitary issue), further strengthening the implication that gluten sensitivity and hormonal imbalance go together.

When those afflicted with gluten sensitivities ingest wheat products, their bodies experience extreme states of inflammation. This is an immune response — the body’s way of defending itself.

When discussing immunity, we’re referring to the bodily processes implemented to defend itself against infection, inflammation, environmental toxins, and more. Autoimmunity, on the other hand, entails a betrayal of these natural processes. What we’re witnessing when someone develops an autoimmune disorder is an individual’s body actually attacking itself.

What’s in an Acronym?

How to Differentiate Between CD, NCGS & IBS

Hereditary and environmental factors determine whether a person is affected by this chronic inflammatory condition of the small intestine. CD is marked by a permanent intolerance to gluten—the protein found in wheat, barley and rye. Each time a CD-positive person consumes gluten, an immune response is triggered. The result is inflammation. In CD patients, continued consumption of inflammatory foods will damage the lining of the small intestine, preventing absorption of various nutrients.

For a long time, patients complaining of perceived gluten sensitivity, but who undoubtedly did not suffer from celiac disease, were widely dismissed by the medical community, largely because it had never been a pervasive issue before. The best anyone could do was to guess. In recent years, the NCGS diagnosis has gained traction and legitimacy through research.

Actually, it’s “non-celiac wheat sensitivity,” now.
Gluten has been such a hot topic of study and discussion that it seemed perfectly logical to be the cause of symptoms mimicking those consistent with a CD diagnosis. Research presented at United European Gastroenterology (UEG) Week 2016—an annual global congress of gastroenterology specialists—boldly suggested that a new, sister suspect could be the culprit, namely, a family of proteins found in wheat called amylase-trypsin inhibitors (ATIs). Results of that study showed that consuming ATIs could lead to inflammation in tissues outside of the gut, including the lymph nodes, kidneys, spleen, and brain. Since it was determined that gluten was not alone in wheat-related ailments, a more accurate nomenclature for NCGS was suggested. Thus, NCWS—non-celiac wheat sensitivity—was born, though references to the old name can still be found, as this research is relatively new and calls for more to be conducted, yet.

This intestinal disorder causes abdominal pain, bloating, gas, and irregular bowel movements. Clinically speaking, the common complaints associated with IBS and those associated with NCGS are very similar. Most people suffering from NCGS are also tagged with IBS. Vice versa, gluten-sensitive IBS patients make up a substantial subset of all IBS patients, too.

Gluten intolerance doesn’t present the same with everyone, especially in the case of celiac disease. With CD, children will typically experience digestive symptoms, including:

Non-digestive symptoms of gluten intolerance that may present in children are:

Going gluten-free entails cutting any foods that list wheat, barley, rye, or any of their byproducts as ingredients. 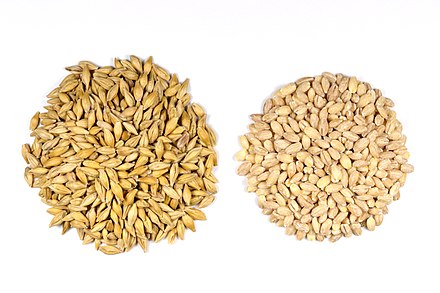 Wheat is commonly found in:

Barley can be found in:

And last but certainly not yeast... (see, again what we did there?!)

Rye can be found in:

Note: Eggs are gluten-free, but some restaurants mix gluten-containing pancake batter into their scrambled eggs/omelets.

When in doubt, verify your food’s gluten status by reading the label, or checking with the manufacturer/kitchen staff.

In his book Grain Brain, author David Perlmutter pontificates on the growth rate of the gluten-free market, stating: “By the end of 2016, sales of gluten-free products could top $15 billion—a number that is more than double what it was in 2011.”

Well, 2016 has come and gone, and the numbers are in. According to statistics compiled by market research firm Grand View Research, the global gluten-free products market was valued at USD 14.94 billion in 2016, just barely short of Perlmutter’s prediction. What’s more? It boasts an expected compound annual growth rate of 9.2% from 2020 to 2027.

There’s no two ways about it: The increasing rate of celiac disease cases and other forms of gluten sensitivity has changed the way consumers are eating. Despite perceived widespread adoration of wheat-based goodies, the general public seems to be gradually accepting a massive shift away from gluten.

Ready to climb aboard the gluten-free train? Here are some simple dietary tips to help get you started.

When cutting gluten, you may inadvertently eliminate certain desirable micronutrients from your diet. For instance, vitamin B1, potassium, magnesium, and fiber are commonly found in whole grains. To avoid deficiencies, you could compensate with vitamin and mineral supplements containing each of these nutrients, or you could just replace grains with other whole foods containing the same nutrients, such as those included on the following chart:

A properly functioning digestive system is essential to your overall health and happiness.

To learn more, or if you believe you may have an undiagnosed gluten sensitivity or intolerance, schedule a consultation today.

For nearly 40 years, the doctors and staff of Gastroenterology Associates (GA) have been providing personalized, quality care to patients experiencing a wide range of digestive disorders. Our team of highly trained specialists takes pride in ensuring that each and every patient is treated with the care, personal attention, and respect they deserve.

For new and existing patients interested in making an appointment or learning more about our facility and the procedures we offer, please schedule a call or email to review your situation. 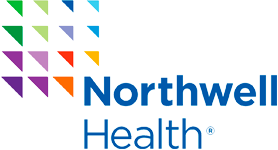